The Case of an Exorcism

A Real Story of Demonic Posession

It was a rainy mid-April day around 5PM when a call came from one of our bishops in Long Beach California, asking if there is a priest available to do a house blessing in a rundown, low income area of Los Angeles. I said I was available. He gladly gave me the address and I picked up the things I needed and went to the address. It took me approximately two hours to find the address and get there. The rain came down hard and I was soaked to the bone when I arrived. The addresses lead me to this big apartment house where there were about 200 family units, which were probably built in the early 1900’s. There was a bright street light directly in front of the building that was flicking on and off. When I arrived there was a crowd of people outside the building. An old man stepped out of the darkness and said “What are you doing here? You have no business in this neighborhood.” I ignored the man as I passed him. Then I looked around for a second and he was not there, nor were the people who were in front of the building. As I entered the dark hallway I saw shadows moving along the hallway walls, but there was no one around. I heard sounds of a woman screaming that echo throughout the building. As I entered the apartment there were three big bangs like fire crackers and a moment of silence filled the room. The room was filled with people who were the neighbors. One lady cried out “The priest is here, the priest is here”, the mother ran up to me crying with her hand on her chest and said she was waiting all day for the church to send a priest to help her daughter. Some of the people in the room were praying, some were crying, and some just stood still, waiting to see what was going to happen next. I was lead to the room where you could hear screaming and objects smashing against the walls from outside the room. As I entered the room, the possessed was sitting on the floor with a comb in her hand, scratching and cutting herself with the comb, while screaming and laughing at the top of her lungs. Her stepfather and mother helped me to place her on a mattress that was laying on the floor. She was only twenty years old, but appeared wrinkled like she was over hundred, had a gray pallor, and a horrible stench. While I was getting ready to perform the ritual, the mother ran to get a nightgown, for the possessed had already ripped her clothes off. She had open wounds measuring 2 – 4″. These were deep, open cuts, but no blood came out. Between her fingers were strands of hair she had pulled out of her own head. 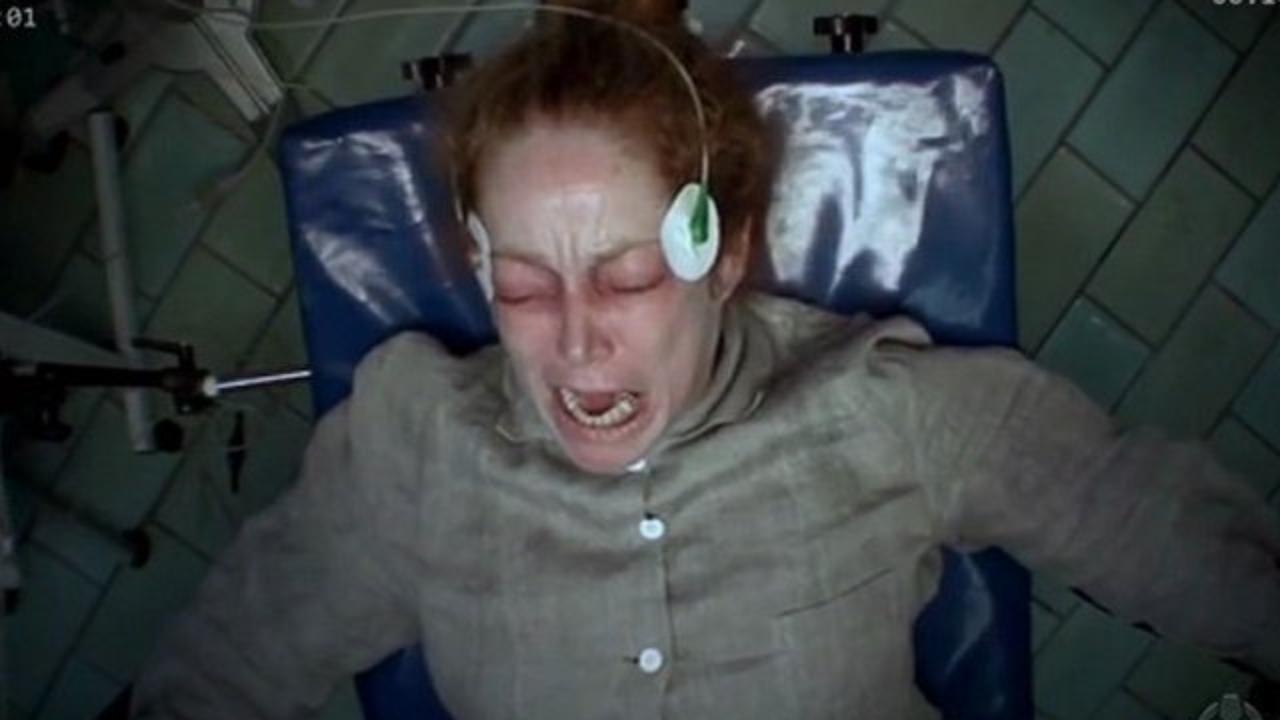 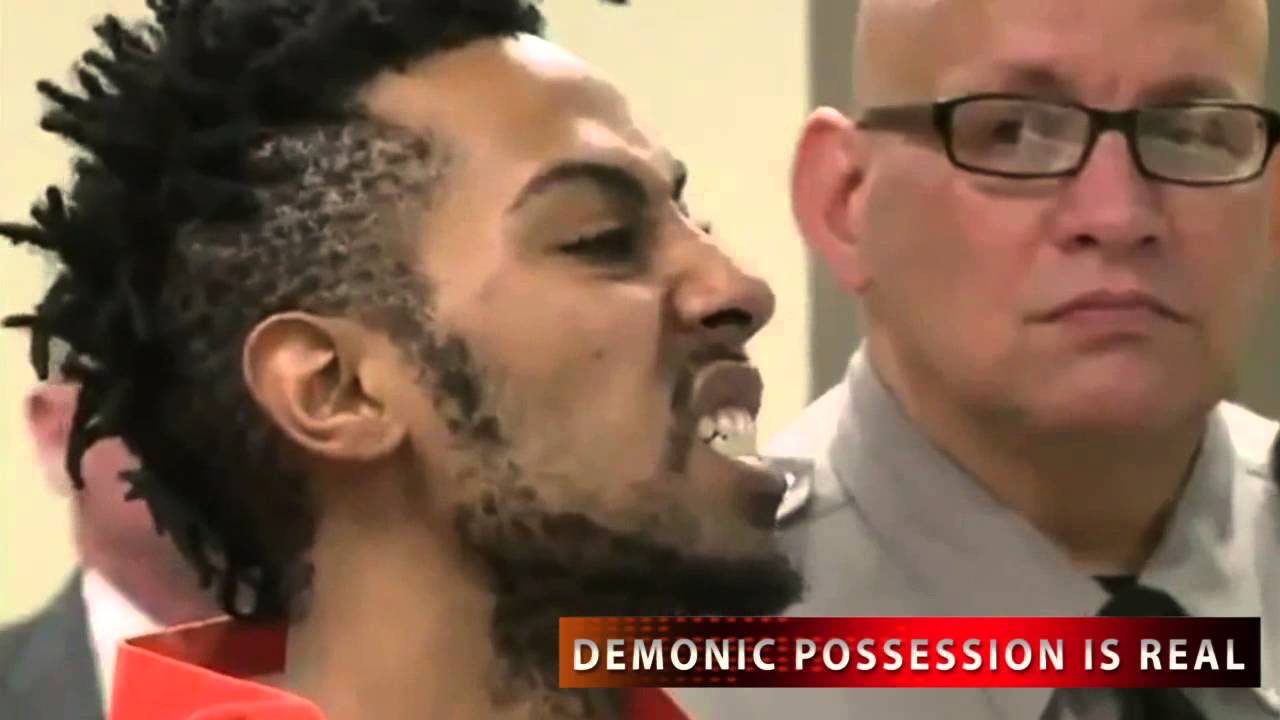 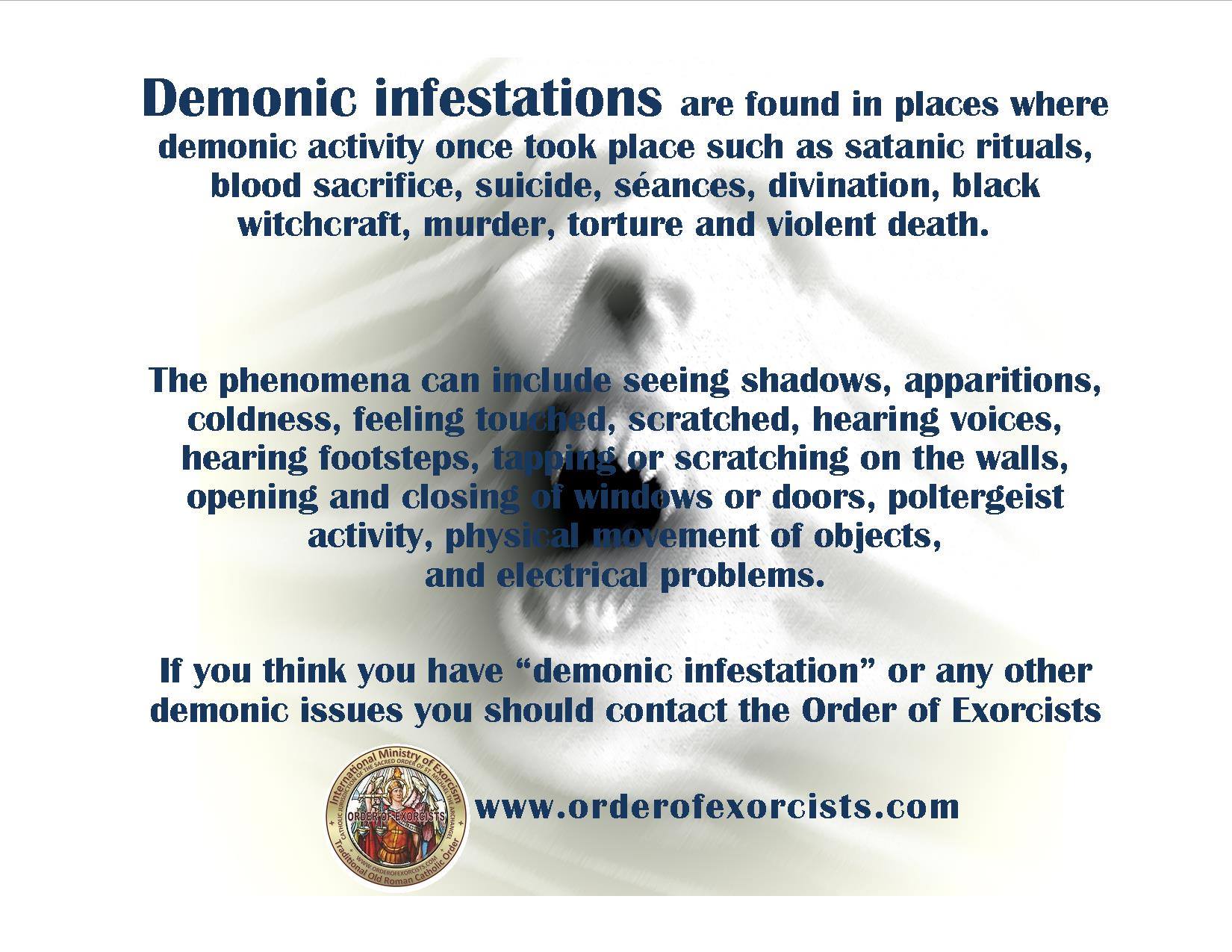 I noticed her fingernails were still embedded in the walls, without blood indicating a demonic nature. Their living room was filled with neighbors who had heard the screaming and banging, so I asked three of the neighbors to assist in holding her down. I began the exorcism ritual and asked the demon to identify himself. At this time the victim’s mother fell to the ground. So I stopped the ritual, called an ambulance for the mother who apparently had a heart attack. When the EMT’s arrived, they had no idea what they would be walking into. The mother was taken on a stretcher from the ritual room to the hospital. As I reentered the ritual room, the temperature dropped thirty degrees. I restarted the ritual with three neighbors who were big, strong muscular men, whose main job was to hold her down. She was so strong that one of her arms swung and broke the nose of one of the men who was assisting; another neighbor came in to replace him.

As she was held down she begin screaming, breathing fast and sayin “You again. You poor excuse of a priest. This time you will fail. I am strong and you are weak. I’m not going anywhere but you are. Hell is waiting for you and I know how to take you down. Do you want to die, die, die? I’ll kill you now!”  The possessed next focused her attention on one of the men holding her down and said “Jose does your wife know what you’ve been doing lately with your partner, Bobby? You dirty litttle man!”. Jose was visiting one of the neighbors; he was from out of town. The possessed had no idea who this man was, much less facts about his personal life. She then bit down and ripped part of her lower lip from her face and spit it at Jose. The man who was holding her other side immediately ran out of the room in fear of his life.

I was in the middle of the ritual and knew what was going on with the men who were holding her down, but I could not stop. I had to stay focused on what I was doing. One mistake could be fatal. Objects in the room started flying against the walls. Two windows in the room were broken in, from the inside. At one point her body began to raise from the mattress. I thought to myself, I hope no one else decides to run out. I need all the help I could get to keep her restrained. I commanded the demon to identify himself. After the fifth day he finally identified himself as “Eligos”, which means “Great Duke of Hell”. With the command to free this soul in the name of our Lord Jesus Christ, she was finally free. This exorcism took 40 hours, 10 hours a day for 4 days, one death (the mother died of a heart attack on the way to the hospital), one personal affair revealed, one broken nose, and six lives were changed because of this event.